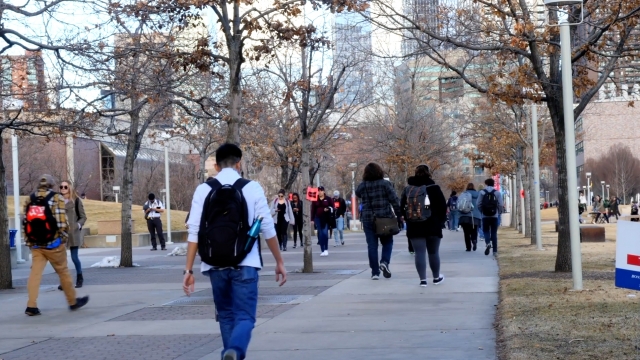 Once the application becomes available in October, borrowers will have until December 2023 to complete it.

An estimated 43 million Americans will receive student debt relief, with the Biden administration saying the details on how to get it will be announced in early October.

"The $5,600 that I'm paying towards my student loans every month is money I can be filtering into the economy," she said.

But experts say questions still linger about how much relief is out there, and when it'll be available.

Here's what we know so far: Of the $43 million eligible for relief, nearly 8 million people qualify for automatic forgiveness.

President Biden is also extending a pause on federal student loan payments for what he called the "final time" through the end of 2022.

You only qualify for that if your income data is already on file with the Education Department, either through a recent FAFSA form or an application for an income-driven repayment plan.

If the department doesn't have that information, you'll have to submit an application.

But it's not available yet. The Biden administration has only said applications will open "in early October."

It also matters whether you received Pell grants to pay for college. If you did, you're eligible for up to $20,000 in relief. If you didn't, you can get $10,000 in relief. And this only applies to federal loans, not loans through private lenders.

Many Republicans criticized the announcement, arguing it will make inflation worse by giving people more money to spend.

Once the application becomes available in October, borrowers will have until December 2023 to complete it.

Additionally, any borrower who made loan payments after March 13, 2020, can receive reimbursement through their provider.

But, in the meantime, Republicans are challenging President Biden's relief effort, saying it is unfair to those with no college debt.

"The question is what group or individual or entity can say they have been harmed by this policy and have the court say they have official standing to sue," DecideSmart Managing Partner Bob Holsworth said.

GOP leaders including Sen. Ted Cruz are considering their legal options for if and how they could block the landmark plan from moving forward.