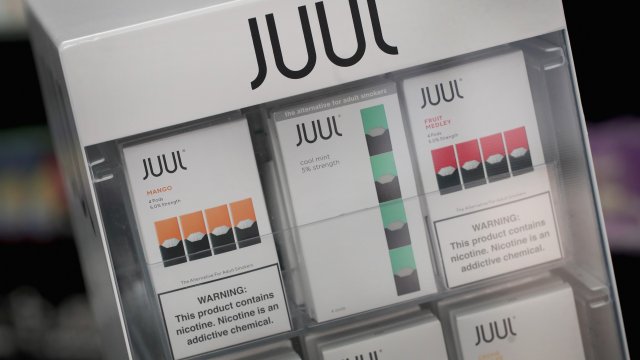 Doctors in Maryland have hospitalized five patients in the past two months due to severe lung illness — and they say it may stem from using e-cigarettes.

The symptoms are serious: shortness of breath, pain while breathing, coughing. One person in Illinois even died from the illness last week. Virginia has also counted at least three cases as of Monday.

These are just three of nearly two dozen states that have logged a combined 193 cases of illness, potentially due to vaping.