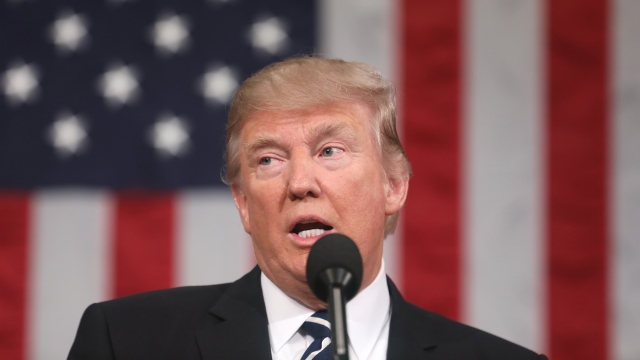 Earlier this week, attorneys for the state of Hawaii filed a suit in federal court. They asked the judge to grant a temporary restraining order against the revised executive order.

Now, a handful of other states are following suit: Massachusetts, Oregon, New York, Minnesota and Washington argue the new ban is still unconstitutional.

The order signed Monday bars people from six Muslim-majority countries from entering the U.S. for 90 days. It also suspends the U.S. refugee program for 120 days.

"If you were a Muslim you could come in, but if you were a Christian, it was almost impossible. ... And I thought it was very, very unfair. So we are going to help them," Trump said in a January interview with the Christian Broadcasting Network.

Ferguson believes the rationale that stopped the first ban should extend to this one, too. The new order is set to take effect March 16.