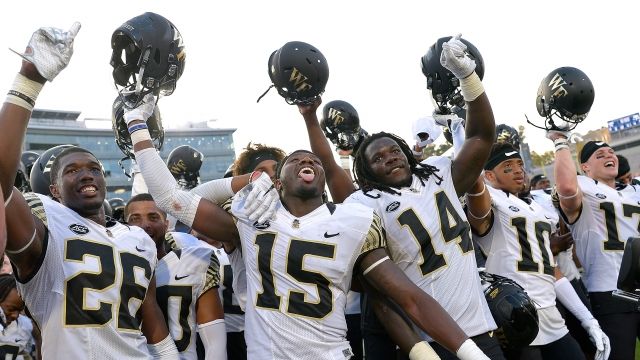 When Wake Forest University announced a former football player and coach, Tommy Elrod, had been leaking confidential information to other football teams since 2014, the big question was this: Who took that information?

Aside from the University of Louisville — which is where this discovery started — we now know Army and Virginia Tech have been contacted over their alleged involvement in the so-called WakeyLeaks scandal.

Virginia Tech's athletic director said Elrod provided a former coach information prior to one game in 2014. That game was scoreless until Wake Forest won in double overtime, by the way.

Army said it has been contacted about its potential involvement but hasn't provided any details.

The scandal started in November when Wake Forest discovered confidential information on its sideline ahead of their game against Louisville.

"Our equipment people found cards just laying on our sideline. ... There was very, very detailed information there. ... We knew we had been compromised, and as a result, a lot of those things we had prepared, we couldn't run," Wake Forest head football coach Dave Clawson said.

Elrod worked with Wake Forest football for 11 seasons, but he wasn't retained when Clawson took over in 2014. Elrod most recently worked as a radio announcer for Wake Forest until he was fired following the investigation into the leaked information.

The Atlantic Coast Conference said it's looking into Wake Forest's findings and will discuss what actions should be taken next.