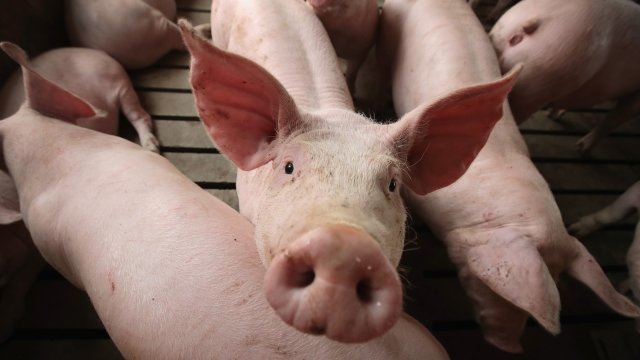 The second stage of Mexico's retaliatory tariffs against the U.S. went into effect Thursday.

The tariffs Mexican President Enrique Peña Nieto announced on June 5 are in response to the Trump administration's taxes on steel and aluminum.

The new tariffs impose an additional fee on some cheeses and pork products. The previous round of import taxes targeted a variety of products, including apples, whiskey and cranberries. The fees range from 15 to 25 percent.