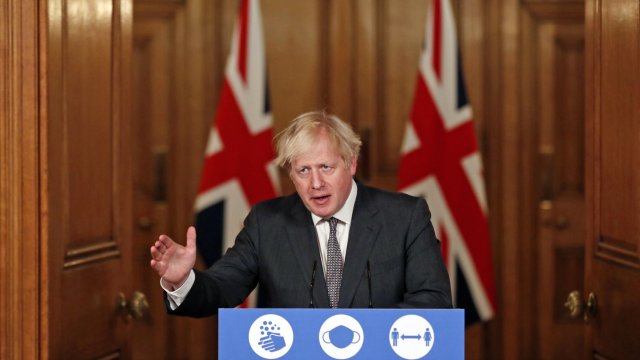 The country has been operating a four-stage program of restrictions depending on local infection rates, but Johnson told the BBC the next few weeks could see even harsher limits in multiple areas. London and much of the rest of the country is already in the highest tier, with a push to stay-at-home and non-essential businesses still closed.

He said school closures, curfews and total banning of household mixing could be in the cards, though he insisted that schools are safe.

Johnson said, "It remains the case that schools are safe. But we must face the reality that the sheer pace of the spread of this new variant requires us now to take even tougher action in some areas."

The U.K. is alternating with Italy as the worst-hit European nation, recording more than 50,000 new cases a day over the past five days. But with the cheaper, easier to use AstraZeneca vaccine recently approved, the country's leaders hope some relief is coming.

In the beginning of December, the U.K. was the first to begin vaccinating people with the Pfizer vaccine. Now hundreds of new vaccination sites are set to start giving the new option with the hope of distributing tens of millions of doses in the next three months.