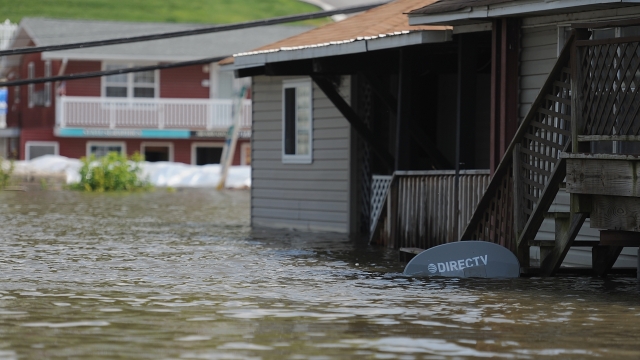 President Trump approved two more disaster declarationa Friday as another round of heavy rain and possible flooding is expected this weekend.

Many regions of the U.S. are once again dealing with lots of rain and flooding.

Severe thunderstorms and possible flash flooding are threatening the northern and central plains Friday. Take a look at this photo...this swimming pool is actually the football stadium at Western Michigan University on Thursday. That storm system is going to keep moving east and south through the weekend, bringing the severe weather threat with it.

Many of these areas are already struggling to recover from previous bouts of heavy rain and flooding. In fact, President Donald Trump just issued two new disaster declarations on Friday — one for Kansas and one for Mississippi.

So far this year, the president has approved disaster declarations in at least 19 states because of strong storms or flooding.