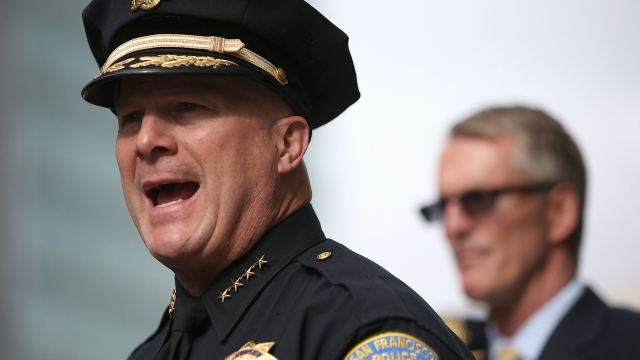 San Francisco's police force will have to complete anti-discrimination and anti-harassment training after texts among three officers were revealed to contain racist and homophobic bias.

Police Chief Gregory Suhr made the announcement Friday after the texts were discovered as part of an unrelated criminal investigation. The three officers have already left the force.

Jason Lai resigned from the department earlier this month, and Curtis Liu has already retired. The third officer involved also resigned but hasn't been identified.

"They betrayed the public's trust and the trust of the hardworking men and women of this police department," Suhr says.

Suhr claims the content of the texts doesn't represent the entire department, but critics aren't convinced.

Last year, the department was involved in a similar scandal when 14 officers were accused of exchanging racist text messages.

The city's public defender Jeff Adachi, who originally released the most recent messages, says the content represents a larger problem of "racial hatred" in the department.

Adachi says the text messages could affect 207 cases the officers were involved in, including three murder investigations.

This video contains a clip and images from the San Francisco Police Department and an image from Getty Images.