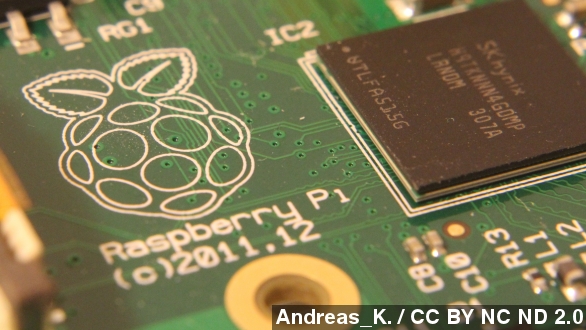 Mmm. Raspberry Pi. Sounds delicious, right? If you dabble in microcomputing, your answer is likely "yes" — with good reason.

"I'm just going to tell you a little about about this new toy that we're announcing today," said Eben Upton, CEO of the Raspberry Pi Foundation.

A promotional video for the device says: "This is a Raspberry Pi. It's a credit-card sized computer that costs around 25 pounds, designed to teach young people to program."

That’s about $35 stateside. And if you don't spend your weekends toying with microcomputers, the Raspberry Pi is often used to teach coding, and can be integrated into all kinds of DIY projects, everything from game consoles, to computers, to camera equipment.

It's popular with makers, and hackers, and tinkerers of all kinds, and the newest version reportedly comes packing a lot more power than the previous version.

According to TechCrunch, its Broadcom 900MHz quad-core ARM Cortex-A7 processor delivers a "6x performance bump" compared to its predecessor.

It also sports twice as much RAM as the previous Pi Model B+, making the jump from 512MB to a full 1GB. (Video via TheRaspberryPiGuy)

While some things are changing though, others will be staying the same, like its four USB ports. And, like its predecessor, it's still $35. (Video via Make)

It will also soon be more versatile than ever before. Microsoft has announced it is developing a version of Windows 10 that will support the Raspberry Pi 2 Model B.

Raspberry Pi first rolled out in 2012. The foundation also noted Monday it would not be discontinuing its previous models.