More People Diagnosed With TB In 2013, But There's Good News 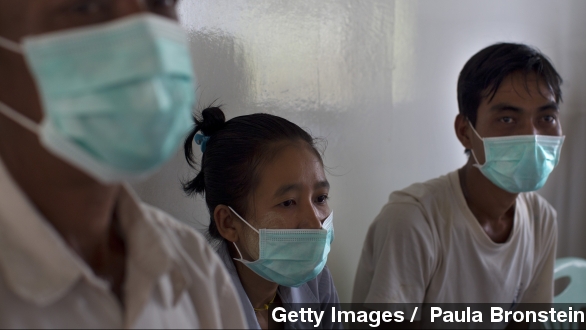 By Madison Burke
October 22, 2014
The World Health Organizations says TB numbers rose in 2013, but it's partly due to better detection and more survivors.
SHOW TRANSCRIPT

Around 95 percent of cases are in developing countries. But there could be some good news behind those alarming numbers.

One of the biggest factors behind that increase is better data collection, meaning more people were properly diagnosed and thus treated, greatly improving their chances of survival.

Health officials say the disease itself has been decreasing steadily over the long term — the death rate has dropped by 45% since 1990.

And even though more were properly diagnosed last year, WHO estimates about 3 million cases still either went undiagnosed or unreported.

WHO officials have identified lack of funding as a major contributor to people falling through the cracks. The agency says a “full response” would require $8 billion in funding each year, but there is currently a shortfall of about $2 billion.

WHO Representative Karin Weyer said, “The gap between detecting and actually getting people started on treatment is widening and we urgently need increased commitment and funding to test and treat every case.”

TB is caused by bacteria that attacks the lungs and spreads through the air from person to person. If untreated it can be fatal, but is generally curable with the right medication.

Certain strains of TB can be drug-resistant, but that only accounted for about 3.5% of the 2013 cases.

15 vaccines for TB are currently being tested around the world.