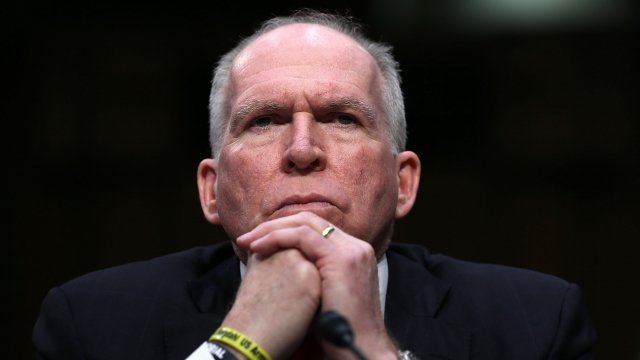 The former officials come from several agencies, including the State Department and the Department of Defense.

In July, press secretary Sarah Sanders announced that Trump was considering pulling the security clearances of several former officials who were publicly critical of the president. Brennan was the first person whose clearance was revoked after that announcement.

The statement signed by former officials on Monday says that all of the signees believe former government officials have the right to "express their unclassified views on what they see as critical national security issues without fear of being punished for doing so."