Workers Are Pushing For Fertility Benefits From Employers 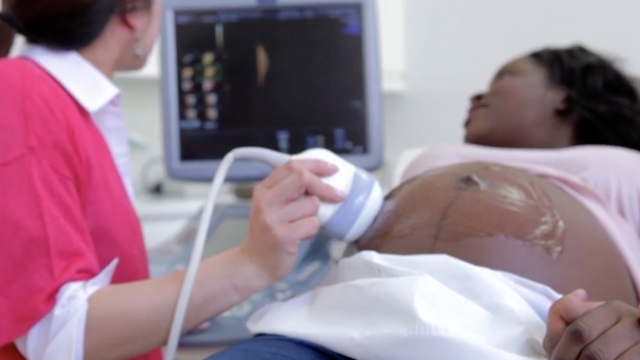 Companies like Walmart and Facebook are now covering some fertility costs, but for many working people, these benefits are hard to come by.

Starting a family is expensive for anyone, but there's an added cost in the mix for people using non-traditional methods.

The high costs of these methods have led some companies to start offering fertility benefits as part of broader health insurance coverage. These benefits help cover things like IVF, or in vitro fertilization, which is when a fertilized egg is implanted into the uterus; IUI, or intrauterine insemination, which is a type of artificial insemination; and they sometimes cover egg freezing and other treatments.

Walmart is one of the most recent major companies to offer fertility benefits. In September, the company announced that employees who use their medical plan will get financial assistance for IVF, IUI and genetic testing among other things. Employees will also get up to $20,000 for surrogacy or adoption.

Facebook and Apple paved the way: They both started offering fertility benefits in 2014. Today, companies like JPMorgan, Microsoft and Unilever have joined the bandwagon.

However, a lot of companies still do not offer these benefits, and for many working folks, those benefits are hard to come by.

Experts say a big reason for this push for companies offering fertility benefits could be the so-called "great resignation." These benefits offer a way for employers to attract new employees and keep the ones they already have.

"Sadly we see a lot of people that go into credit card debt, or they're taking out loans on their homes, or they're having to sell their homes and move in with their parents," Campbell said. "Perhaps saddest of all is that they're abandoning their hopes of becoming parents because they can't afford it."

There are a few different routes people can go when deciding how they want to start their family, and they can be pretty expensive. According to the American Society of Reproductive Medicine, the median price for a single cycle of IVF costs more than $19,000, which can be up to 50% of an average person's yearly disposable income.

IUI could cost up to $2,000 per cycle, according to The Society of Assisted Reproductive Technology. This type of procedure can be done for a few different reasons: If someone wants to use their partner's sperm, IUI can help increase chances of pregnancy. IUI is also commonly used by those who use donor sperm.

But IUI isn't the only fertility treatment that uses donor sperm, and the cost of the sperm is an additional expense.

There are a few major sperm banks in the U.S. — one of them being the Seattle Sperm Bank. Its general supervisor Angelo Allard told Newsy the cost of the bank's sperm is going up, from $790 per vial in 2019 to $950 today. This is due to a few factors, including supply and demand, inflation and market rates.

"What I would tell somebody who is asking those kind of inquiries as far as, 'How many vials do we need if we want to have two to three children?'" Allard said. "I would say at age 32 and a half for younger, what the general statistics show is, is that it's five vials per birth."

Some people have even gone outside of sperm banks to cut costs and find donors on apps or Facebook groups, but that comes with risks.

"These people who are utilizing non-regulated sperm bank routes, I would tell them that there's so much more that goes into sperm donor screening and testing and verifying and confirming and distribution and regulating and tracking, that no matter how much research you do, unless you're in the industry, you wouldn't necessarily even think about some of the questions that you should be thinking about," Allard said.

There's egg donation, too, which can be used in certain fertility treatments. That can cost around a few thousand dollars per egg before any extra costs.

Adoption is another option that can cost upwards of $50,000 per child. Whether choosing to adopt domestically or internationally, there are different costs associated with those paths.

Why Fertility Doctors Get Away With Using Their Own Sperm

Gaps in laws around fertility fraud and the doctors that perform the services have been highlighted in some recent documentaries and settlements.

One organization, Help Us Adopt, helps provide grants to people looking to adopt. Founder Becky Fawcett said she started the company when she realized how much discrimination there is in the adoption industry.

Fawcett says many families have already spent a lot of money on rounds of IVF before looking into adoption, including herself. She did five rounds of IVF, none covered by insurance.

"It was $82,000, which was awful, especially to end up where we ended up, which was three pregnancies and then three miscarriages out of the five rounds," Fawcett said. "We stopped with the IVF for many reasons, but to be fair, one of the main reasons we stopped was that we had $40,000 left in our savings account. That was it, and we knew that was the cost of adoption... That's exactly what it took, every penny out of that savings account to bring her home."

Surrogacy, which is when a woman who is not the baby's parent carries the child, is an alternative that can cost up to $150,000. There are fees to consider like medical and legal expenses, medications, maternity clothes and travel.

All these treatments are often used by people experiencing infertility or families with LGBTQ+ parents. The CDC says among heterosexual women with no prior births, one in five struggle with infertility. In 2019, a survey from Family Equality found that 63% of LGBTQ millennials are considering expanding their families by becoming parents for the first time or having more kids.

But infertility advocates say if an employer doesn't offer fertility benefits, employees do have the power to push for them.

"I think it's important for employees to know that they have the power to change their health benefits," Campbell said. "We know one of the primary reasons why employers add coverage is because the employees requested it, so Resolve does have free toolkits to help employees make the ask and to support those people along the way."