What Could The 'Abolish ICE' Movement Mean For Immigration? 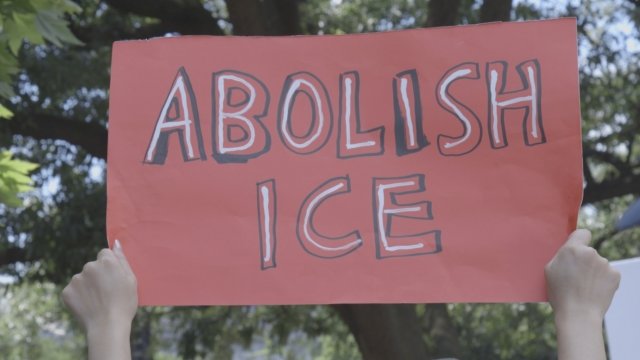 Catalina Velasquez is an undocumented immigrant from Colombia who has spent the last 10 years as an activist and organizer for her community. As part of that work, she's been calling for the Immigration and Customs Enforcement agency to be shut down.

ICE hasn't been around that long. The organization was created in 2003 as part of the post-9/11 government reshuffle. Its focus is on three main areas: immigration enforcement, investigating the illegal movement of people and goods, and preventing terrorism.

To be clear, calls to abolish ICE aren't new; immigration activists have been vocal against the group for years. But the recent media focus on detention facilities with undocumented, unaccompanied kids has begun to push the movement into the mainstream on the left.

From New York City Mayor Bill de Blasio to Sen. Kirsten Gillibrand, more high-profile Democrats are calling for the organization to be disbanded. So what do some of those voices want? And what kind of immigration agency are they looking for instead?

"Less militaristic ways of dealing with humans who have caused no harm for the most part,"  Velasquez said. "What people are asking for is more a multicultural agency that really centers what it means to be a human first, meaning you do not need a blue passport or a U.S. Real ID to prove if you poke me I bleed."

Velasquez thinks a post-ICE world would still have some of the same problems she sees in the world of immigration. 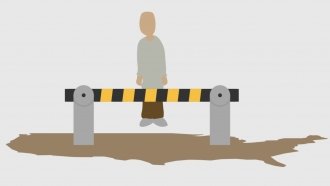 "We need people running this credible fear test, hopefully people who are trained in clinical psychology. We need more immigration judges who are thoughtful and humane. We could eliminate ICE today, but if we don't start building trust and a task force of different community leaders that look like the communities they serve, the trust isn't going to be there," Velasquez said.

Immigration seems poised to be a major issue in the midterms and likely in the 2020 Democratic primaries. So what about those Democrats who aren't on board with the complete abolition of the group?

"Politicians are going to have to get on board with the will of the people. We are seeing an uproar by the people who are in severe discontent," Velasquez said.

And a fight over immigration is one President Trump and the GOP seem eager to have. The president has even tweeted that he encourages turning ICE abolition into a campaign issue.