More Democratic Lawmakers Are Calling on Kirstjen Nielsen To Resign 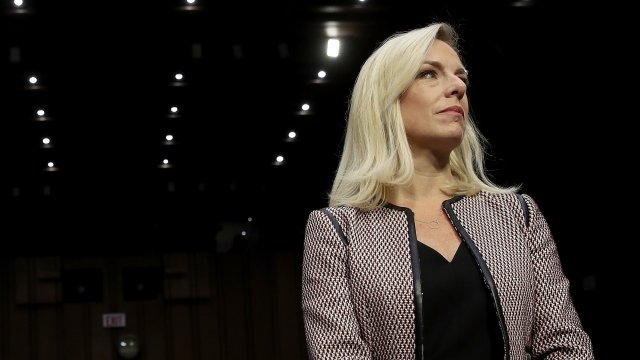 Nielsen has faced backlash after she blamed Congress for the separation of migrant children from their guardians at the border.

"Until these loopholes are closed by Congress, it is not possible as a matter of law to detain and remove whole family units who arrive illegally in the United States. Congress and the courts created this problem, and Congress alone can fix it," Nielsen said Monday during a White House press briefing.

House Minority Leader Nancy Pelosi called on Nielsen's resignation Monday saying the separation of children from their families, "is not an immigration issue, it is a humanitarian issue."

Calls for Nielsen's resignation started after Sen. Kamala Harris called on Nielsen to step down Monday.