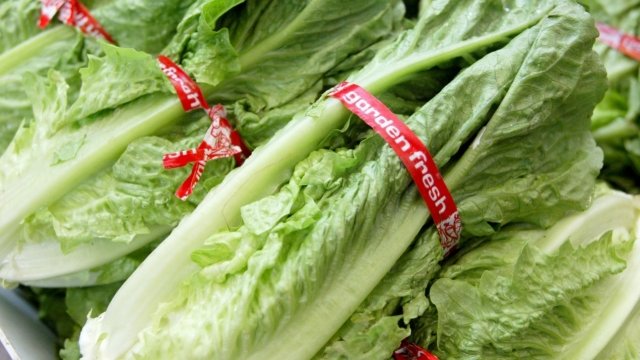 The number of illnesses and deaths linked to a multistate E. coli outbreak has risen.

The Centers for Disease Control and Prevention says 197 people have fallen ill and five people have died from eating contaminated romaine lettuce grown in the Yuma, Arizona, region.

But don't throw out your romaine just yet.

The Food and Drug Administration is still investigating the outbreak but says, "Any contaminated product from the Yuma growing region has already worked its way through the food supply and is no longer available for consumption."

According to the CDC, the latest number includes people who ate affected romaine lettuce that was likely still available in stores and restaurants or still in someone's fridge. The agency says the number also includes illnesses from people who did not eat romaine but were in close contact with someone who was sick with E. coli after the eating romaine.