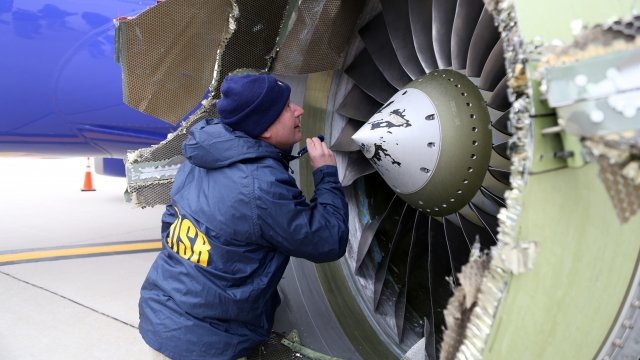 Investigators determined a cracked engine fan blade is to blame for a Southwest Airlines accident in April that killed one passenger. That flight had to make an emergency landing after a fan blade in the engine broke off and shrapnel shattered a window, killing a woman sitting nearby.

And since that deadly flight, inspections conducted around the world have found several other engine blades that showed signs of cracking.

Now, that number may seem small. But it definitely got the attention of NTSB officials at Wednesday's hearing.

"So it's great that the inspection technique is pulling those parts from service. But that's a lot of blades that are cracking," NTSB Office of Aviation Safety Director John DeLisi said.

A similar cracked blade caused another engine failure in 2016 that forced a Southwest flight to make an emergency landing in Pensacola, Florida. No one was hurt during that incident.