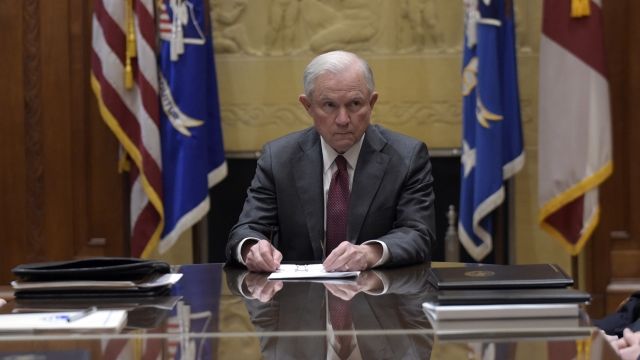 SMS
Democrats And Republicans Want Russia Probe — Without Jeff Sessions
By Jake Jones
By Jake Jones
February 26, 2017
Several Democrats and at least one Republican are calling for an independent investigation into President Donald Trump's ties to Russia.
SHOW TRANSCRIPT

Republicans and Democrats are calling on Attorney General Jeff Sessions to recuse himself from investigations into Russia's connections to Donald Trump's campaign.

"The American people need to understand whether the Russians, in cahoots with the Trump folks and others rigged the election," Perez said on CNN's "State of the Union." "When Sessions and [Michael] Flynn are out there together campaigning, they clearly lack the authority and the objectivity to conduct that investigation."

House Minority Leader Nancy Pelosi of California noted more than 100 Democrats have asked for an outside investigation into the president's ties to Russia.

"You have seen a flurry of activities that are completely inappropriate ... Let's have the investigation and find out the truth," Pelosi said on ABC's "This Week." 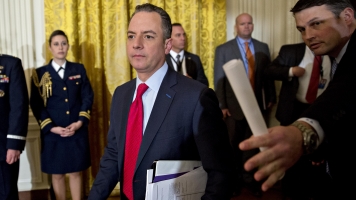 Even some Republicans, like California's Rep. Darrell Issa, are calling for an investigation independent from the Department of Justice.

"You cannot have somebody — a friend of mine, Jeff Sessions — who was on the campaign and who is an appointee. You're going to need to use the special prosecutor's statute and office not just to recuse, you just can't give it to your deputy — that's another political appointee — you do have to do that," Issa told Bill Maher on his HBO show "Real Time With Bill Maher."

Issa was the chairman of the House Oversight Committee from 2011 to 2015. He noted that he would not have allowed a Barack Obama-appointed attorney general to investigate accusations of impropriety within the Obama campaign.

"I don't think we're there yet," Sanders said on "This Week." "Typically, you go through a congressional review. Let's let this play out the way it should."

The Trump administration has denied reports that campaign staffers were inappropriately in contact with Russia before the election.