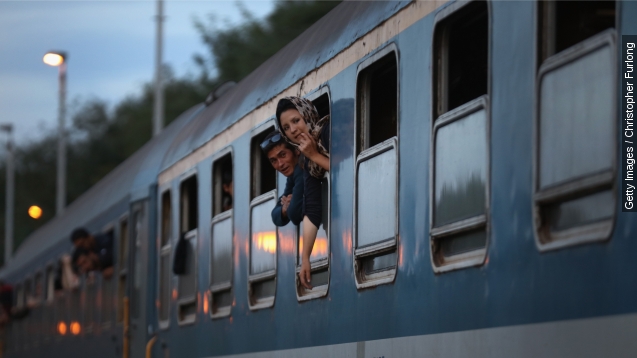 More EU countries are imposing border controls to stem the flow of refugees, but an emergency meeting to address the crisis came up empty.

More and more EU countries are shuttering their borders to the refugee crisis, and a comprehensive solution is still out of reach.

Following Germany's lead, Austria, Slovakia and the Netherlands all imposed some degree of border controls Monday. Poland and the Czech Republic indicated they could soon follow suit. The controls contradict the EU's policy of open borders between member states — a founding principle of the bloc.

So far, the border closures are only temporary measures, which is allowed under EU rules. But to restore open borders, the states first have to find a place for the hundreds of thousands of refugees pouring into the region. And that's something they're having trouble agreeing on.

EU President Jean-Claude Juncker is currently advocating mandatory quotas to distribute 160,000 refugees across Europe. But that plan was rejected by some European countries at an emergency meeting Monday.

Several smaller members — like Hungary and Slovakia — have resisted attempts to settle refugees in their countries, arguing their economies and cultures can't support a mass influx of new arrivals.

But 160,000 refugees might only be the tip of the iceberg. The New York Times estimates EU countries could get 1.3 million asylum applications by the end of the year.