More Babies, More Happiness? Maybe Not If You Have 3 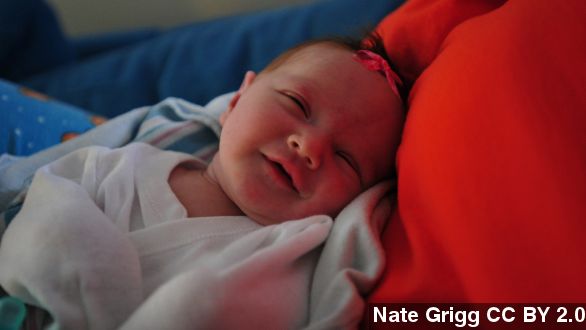 SMS
More Babies, More Happiness? Maybe Not If You Have 3

By Nathan Byrne
October 31, 2014
So much for middle-child syndrome. A new study says happiness increases with first and second children but pretty much disappears with the third one.
SHOW TRANSCRIPT

Congratulations on your new bundle of joy! But if it's your third child — maybe you should expect less joy this time.

That's from a London School of Economics study published in the journal Demography, which says parents are happy about the first baby, about half as much with the second's arrival — then for the third, it's just not close.

Sounds official, right? Not sure this guy buys it, though.

ANCHOR: "Somebody did a study on this. ... Researchers don't think the third child is any less loved, just that parenthood is less novel." (Video via WVUE)

Well, that makes sense. But did we need a study to spell that out?

There are some finer details, as this Washington Post article points out. For example, "When it comes to the third child, it isn't so much that parents are unhappy — they simply don't get the big happiness boosts they experienced with their first two children."

And don't pat yourselves on the back too hard, first children. This Huffington Post article notes parents level off in the happiness department not long after that first baby arrives.

Minor details for morning-show hosts having some fun on a Friday, right?

VOICE IN STUDIO FOR HLN: "What number are you?"

Smile. It's only a study.