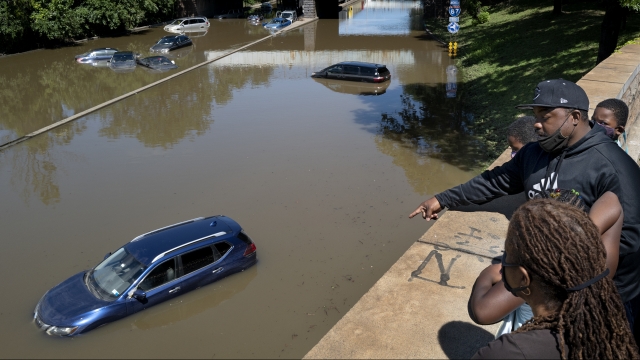 SMS
More Americans Are Moving To High-Risk Climate Areas
By Tammy Estwick
By Tammy Estwick
October 6, 2021
People across the U.S. are moving to places where climate change is expected to bring more wildfires, hurricanes and other extreme weather.
SHOW TRANSCRIPT

People want to live where they want to live, and selling them on climate change is difficult. As one real estate agent put it, in some people's minds, those risks are years away and most are concerned about getting closer to nature in a well-priced area.

This means a growing trend of Americans moving to places more likely to see risky weather.

Economist Daryl Fairweather says areas that have been growing in population are often impacted by drought, fires, high heat, storms and flooding. That goes against everything we've been taught about staying away from danger.

In Arizona, high heat and drought are already redrawing the landscape, killing off some of the state's most iconic plants. 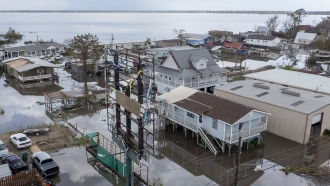 "Everybody thinks of cacti as these great desert plants," ecologist Larry Venable said. "But if you desiccate or don't give any water to a cactus, it shrivels up and dies."

The U.S. census shows a population boost in Arizona with 90,000 people moving there in 2020. Economists say you should look at the bang people are getting for their bucks.

In places like Louisiana, residents are starting to see more frequent and more powerful storms. This year brought Hurricane Ida, with winds over 100 mph. It flooded homes and shook residents. But recent New Orleans transplant Harriett Hudson says she moved to the area for the food and culture.

"Since I've been here, I can actually see the difference," Hudson said. "I still love the city and the storms aren't going to make me leave."

As climate change grows, so do the areas it impacts and the cost to insure from losses. Still, some people like Darryl Pete from California are happy where they are.

Economists predict going forward that poor communities will end up getting paid to relocate because it's cheaper, while rich communities will likely see a lot of money pouring in to make their buildings more resilient.