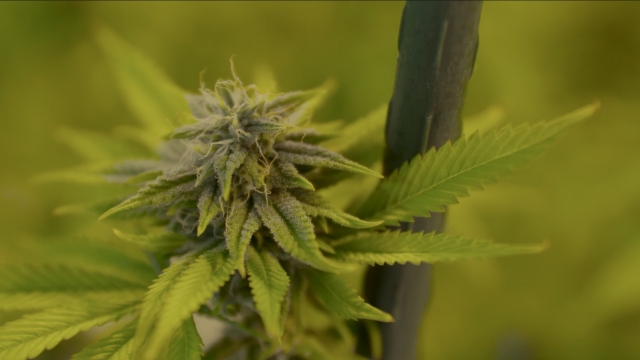 By Kellan Howell
November 20, 2019
A sweeping bill to legalize marijuana, expunge criminal records and reinvest in communities impacted by prohibition has made it through committee.
SHOW TRANSCRIPT

The House Judiciary Committee has approved a bill to federally legalize marijuana, paving the way for a historic vote on the House floor.

"This will remove a stain on people’s record but really a stain on the United States of America," said Tennessee Democratic Rep. Steve Cohen during a press conference announcing the bill's markup in committee.

It's called the MORE Act and it's being lauded by marijuana advocates and civil rights groups who say it goes further than any other proposal to legalize cannabis.

The bill would legalize cannabis at the federal level, expunge prior criminal records and require states to re-sentence prisoners serving time for marijuana related offenses. It would also set up programs to reinvest in communities that have been negatively impacted by prohibition -- paid for by a 5% federal tax on all legal marijuana sales.

The measure passed in the committee 24 -10, with two Republicans voting "yes."

California Rep. Barbara Lee, one of the bill's co-sponsors, says it's one of the most comprehensive marijuana reform measures Congress has proposed.

"This is what the people want," Lee said. "It has nothing to do with whether you smoke or not, or use cannabis or not. This is an issue of justice and fairness and it's an issue that is a pathway to addressing the unfair mass incarceration of black and brown young people."

Several GOP members of the committee opposing the bill said they hadn't had enough time learn about the public health impacts of legalizing marijuana.

"Why haven't we had time to do what we're really supposed to do and actually go into these things in depth, bring experts in here and tell us whether this is the right thing to do or not or at least advise us on that. It's because we've spent so much time chasing our tail on impeachment," Ohio Republican Rep. Steve Chabot said.

And it's not just Republicans, some moderate Democrats-- even some in House leadership -- have expressed skepticism about fully legalizing marijuana.

Lee says she's confident more of her colleagues will come on board when they learn more about the legislation.

"Well there's not unity yet," she admitted, "But, hopefully once it's out of committee we'll be able to do more briefings, the organizations will meet with the members who are still on the fence. And, in fact this is about the power of the people. It's about the people's agenda that leads to some fairness and some justice."

But even if the bill does pass in the House, it's prospects in the Senate aren't great.

Sen. Kamala Harris, a 2020 Democratic candidate, is sponsoring the Senate version of the MORE Act.

In a statement to Newsy, Harris said, "As more and more states have legalized marijuana, Millions of Americans with marijuana-related convictions continue to face overwhelming barriers to jobs, education, and housing. That is why we must act to remove the burden of marijuana convictions and make sure these individuals have the support needed to move forward."

If the MORE Act does become law, states could still choose to prohibit marijuana.