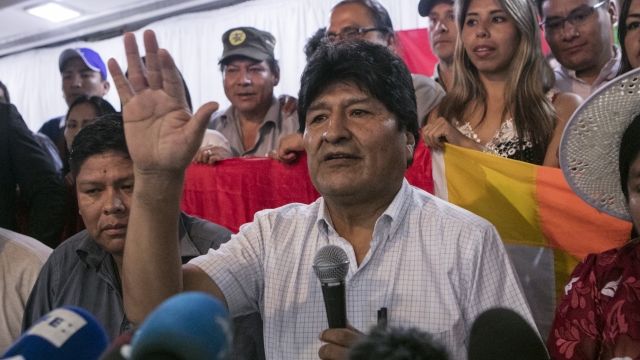 Evo Morales, the former president of Bolivia, is not allowed to run in the May 3 general election for a seat in the country's Senate.

Morales is currently living in Argentina, where he was granted asylum by the government late last year.

Morales stepped down as Bolivia's president in November following three weeks of deadly protests. Opposition leaders and protesters accused Morales of rigging the vote in Bolivia's October election, which resulted in Morales winning a controversial fourth term in office.

After Morales fled, Bolivian prosecutors issued an arrest warrant for him on charges of sedition and terrorism. Morales has repeatedly denied the accusations.

Morales called the tribunal's decision "a blow to democracy" on Twitter. The Associated Press reports that Morales' political party will likely appeal the electoral board's ruling to a different court.