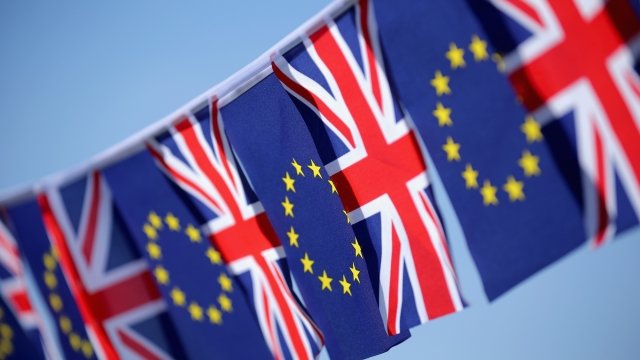 SMS
The UK Is Facing Another Financial Setback Because Of Brexit
By Grant Suneson
By Grant Suneson
September 23, 2017
Moody's downgraded the U.K.'s credit rating from Aa1 to Aa2, citing fears that it will have a hard time making trade deals in the wake of Brexit.
SHOW TRANSCRIPT

As the U.K. prepares to exit the European Union, its international financial standing is getting worse.

Credit firm Moody's downgraded the U.K.'s credit rating from Aa1 to Aa2. That means the country will likely deal with higher interest rates because it's seen as less likely to pay back what it borrows.

Moody's said it made the decision because leaving the EU will present challenges for the U.K.'s economy. It says Brexit negotiations caused a "high level of uncertainty" for the future and that the U.K. may not be able to secure trade agreements to replace the ones it's losing.

The U.K. also can't get a head start on those agreements. Since it's still a part of the EU, the country can't officially negotiate its own trade deals until it officially leaves in 2019. 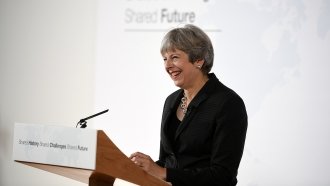 Moody's also pointed to the Bank of England's estimation that "private investment will be materially lower" than if the U.K. had voted to remain.

The U.K.'s government says Moody's Brexit conclusions are outdated. But the liberal opposition seized the opportunity to blast Brexit again, saying the downgrade means "the economy will be weaker once the transitional deal comes to an end" and the U.K. officially leaves.