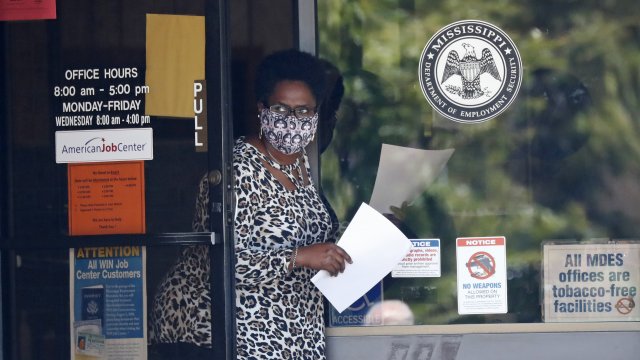 245,000 jobs were added to the economy in November. That's the slowest rate of growth since the recovery began and could be a harbinger of what's to come as COVID-19 cases rise.

Over 10 million Americans are out of work, and it's hit some more than others — something experts have been warning about.

"The economic downturn has not fallen equally on all Americans," said Federal Reserve Chairman Jerome Powell during Capitol Hill testimony.

The rate of unemployed Black workers is almost double what it is among White workers. Unemployment has also hit men harder than women.

The report comes as some CARES Act benefits are set to expire. Millions of Americans will lose those benefits if Congress doesn't pass another relief bill soon.

"It would be stupidity on steroids if Congress left for Christmas without doing an interim package as a bridge" said U.S. Sen. Mark Warner at a conference introducing the latest bipartisan bill.

Lawmakers are also fast approaching another deadline: A government shutdown is on the horizon if they don't agree on a funding bill by Dec. 11.