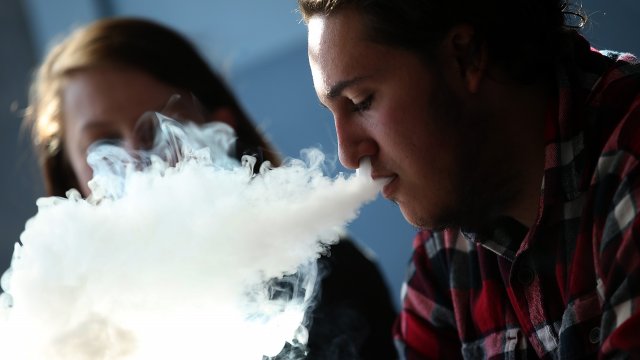 Montana's health department is set to begin enforcing a statewide emergency ban on the sale of flavored vape products on Wednesday.

The health department released a notice of intent on Friday. A temporary restraining order preventing the ban from taking effect expired in late October.

Montana's Department of Public Health and Human Services said, "Though the state has thus far declined to enforce the emergency rules pending resolution by the court, the imminent threats to public health and human safety that precipitated the rules are ongoing and demand a public health response."

The ban covers the sale of all flavored e-cigarette products, including flavored THC, nicotine and CBD products. It includes online and in-store sales.

As of Dec. 10, the CDC had received 2,409 reports of people being hospitalized due to vaping-related lung injuries, as well as 52 confirmed deaths.