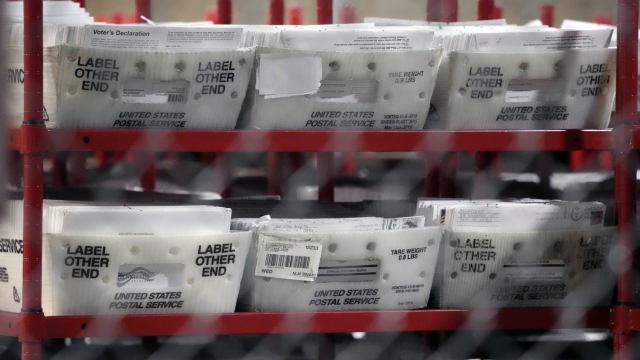 The countdown to decision 2022 is on, but with just a few days left, ongoing mail delays worry some voters and lawmakers in Montana.

That prompted U.S. Sens. Jon Tester and Steve Daines to once again send letters to USPS Postmaster General Louis DeJoy. Tester's letter raises issues with continuous gaps in mail delivery, saying, "Most immediately, I am deeply concerned that issues with mail delivery could make it harder for Montanans to vote in this November's elections."

The USPS sent Newsy a statement, saying some ballots were returned because of improper addresses, but no ballots were impacted by service issues. It goes on to say they're bringing in carriers from outside the area to help with delivery. But the Daines letter cites specific complaints from "outraged constituents who have not yet received their absentee ballot."

Eric Semerad is the Gallatin County clerk and recorder.

"I believe that there were mail delays because of shortages of carriers. And my understanding is now USPS has brought in 25 people from out of state to support them here through the holidays. So that, apparently, is not an issue anymore, but it did happen. So there were delays getting for people to get their ballots. I know some people in my office didn't get their ballot until two weeks after. But they've received them now," said Semerad. 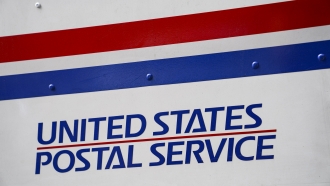 Most of Montana votes absentee, meaning they receive their ballots by mail.

"81% of our voters here in Gallatin County vote by mail in a polling place election," Semerad said.

Gallatin County sent out about 63,000 absentee ballots this year, and at last check, about 38% had been returned.

"We are behind the rest of the state. That's true. But we're catching up," said Semerad.

Newsy first reported problems with the USPS in Gallatin County in July. At the time, some Bozeman residents reported going more than a week without mail delivery.

"I had put a bill in the mail three days ago and it stayed in my mailbox, and so on the way back from dropping the bill off, I decided I was just going to come in here and see what was going on, and they said that people have quit and we're not getting our mail," said Vicky Riojas, a Bozeman resident.

At that time a source inside the Bozeman USPS who asked not to be identified for fear of retribution sent Newsy photos of what they say is mail stacked up in the office. The source said some piles waited five days to go out and on one day alone, five separate routes didn't leave the building. That's anywhere from 500 to 1,000 addresses per route.

Officials in Gallatin County said USPS has reassured them about any delivery concerns.

"They are bending over backwards to work with us right now. Whereas a few weeks ago, it was pretty rough. And so they brought in all these people from out of town and out of state to backup the people here. But it's all to do with hiring in Bozeman. It's just a difficult thing to do," said Semerad.

Postal Service emails obtained by Newsy explain the challenge of finding workers because of competition from fast food restaurants and gas stations that pay the same or higher wages. It's a problem Tester and Daines recognize, but in their letters they urge the USPS to do whatever is necessary to ensure reliable service for the election.