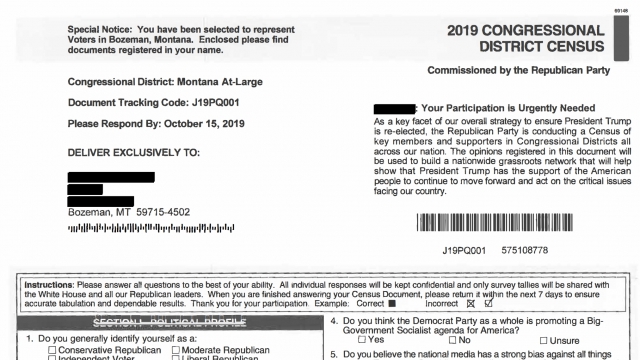 Montana officials are warning residents about a survey with a similar appearance to a federal census form that was mailed to some households.

This isn't the first time a look-alike census form has made the rounds in Montana. State officials say a nearly identical mailer was sent to some residents in May.

An RNC official told The Hill the mailers clearly say they are from the RNC.

Montana's Lt. Gov. Mike Cooney said in the press release that "Montanans need accurate information about the Census to make sure we have a complete count of the folks who live here." He added, "An accurate and complete Census count for Montana is too important to take lightly."