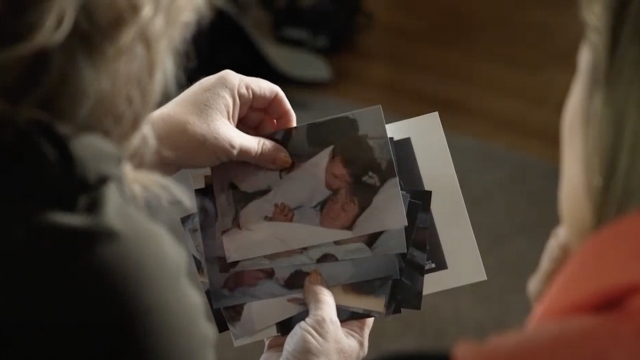 "She only lived for five minutes. And nobody asks me well, what was that like?," said Banna.

And now because of a Montana ballot measure, she’s talking about her — a lot.

"Thank you for asking me to talk about my daughter, because no one says, tell me about your daughter that died. Like, that's never the end. People are like, oh, that's uncomfortable. They're not sure if they should ask," said Banna.

At 23 weeks pregnant, doctors told Banna something was wrong. She and her husband had to choose: deliver the baby early, which would have been considered an abortion, or carry to term knowing the baby wouldn’t survive.

"The condition is anencephaly. And it means that the brain didn't develop properly. I wanted to be able to hold her in my arms," she said.

After 37 weeks, she held Anna Louise for her first and final moments — five minutes in all.

"If they had taken her away to try to get those body systems going, she might have died in another room completely without me and I wouldn't have had the opportunity to hold her while she was alive," she continued.

Banna worries that could be the new reality for families if a new ballot measure is passed in Montana: Legislative Referendum 131. Five states have abortion related measures on the ballot this year, but Montana’s is the most nuanced.

"It was put there by the legislature. They could have just passed it, but they put it on the ballot, so that they could rally anti abortion voters to turn out. And then after the Dobbs decision, it has turned into the rallying point for pro abortion rights voters to turn out even though both sides oftentimes will tell you, oh, this isn't about abortion," said Lee Banville, a political journalism professor.

Basically, Montana's measure would mean any infant born breathing or with a beating heart, must be treated as a legal person. It would require health care providers to "take all medically appropriate and reasonable actions to preserve the life and health of the infant."

"To me, this is the most purest form of democracy is letting the people in Montana decide how big an issue protecting born alive infants is," said State Rep. Matt Regier.

"This bill just makes that abundantly clear that an infant born alive deserves that medical protection that all of us do, and what's in their reporting requirements and the penalties," said Regier.

That includes penalties for health care providers, which could be felony charges, with up to 20 years in prison and a $50,000 fine.

Maternal fetal medicine specialist Dr. Timothy Mitchell is one of hundreds of Montana health care professionals who signed on to an ad opposing the measure. They say it could have unintended consequences for "newborns for whom no amount of medical care will save, and may instead prolong suffering."

"I've been in those rooms numerous times, never have I thought that the comfort care that's being provided to these neonates, in allowing these families to grieve on their own terms, would be something that could potentially cause myself or any of my colleagues to end up in prison for up to 20 years," said Mitchell. "That may look like the doctor is taking the baby from the room to be able to provide those resuscitative efforts. Either chest compressions or intubation or, you know, a variety of different interventions and, and it's going to prevent those families from being able to have some peaceful moments with their child, you know, with the only moments that they have." 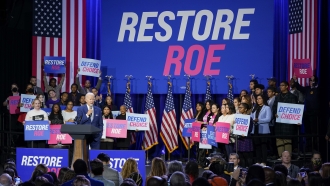 "I don't want voters in Montana to be deciding what's going to happen when I am going through an experience of losing my child. And I don't want the government to be making that decision either," said Banna.

"From a medical perspective, there's really no need for this bill, there's there are laws already on the books that give protections to any infant born alive," said Mitchell.

In Montana, late term abortions are outlawed, unless it’s to save the life of the mother.

"Even if it has never happened, I would still say an infant born alive deserves that same reasonable and appropriate medical care that that you and I are both afforded that intentionally taking of an infant that's born live, it should be zero," said Reiger.

Dr. Mitchell says it’s complicated and the bill’s language leaves a lot up to interpretation.

"Trying to write legislation that is going to encompass all of those different scenarios, is extremely challenging. It's just you can't do it. Because every one of these situations is unique," said Mitchell.

It's an issue potentially driving voters on both sides to the polls. 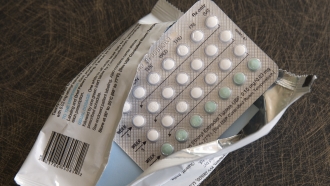