Elderly Couple With Cancer Awarded $2 Billion For Exposure To Roundup 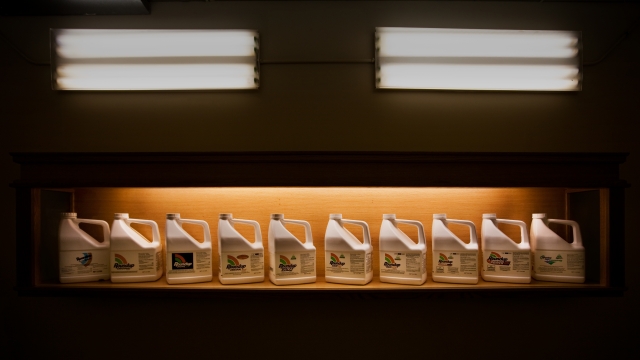 SMS
Elderly Couple With Cancer Awarded $2 Billion For Exposure To Roundup
By Peter Hecht
By Peter Hecht
May 14, 2019
The staggering jury award against Monsanto is the third major court defeat over dangers of its popular weedkiller.
SHOW TRANSCRIPT

Monsanto is being ordered to pay damages once again for health problems blamed on exposure to its weed killer Roundup. And this time, the jury award is staggering: $2 billion.

That is the amount a jury in Oakland, California says Monsanto must pay in punitive damages to 76-year-old Alva Pilliod and his wife, Alberta, 74.

In addition, the couple was awarded $55 million in compensatory damages.

Alva and Alberta both suffer from non-Hodgkin's lymphoma, a form of cancer. Their attorneys argued the culprit was 1,500 gallons of Roundup they sprayed on three properties they owned over 30 years.

Alberta Pilliod, a former nun and school principal, said after the verdict: "From their ads, we felt that Roundup was incredibly safe to use."

"It changed our lives forever. We couldn’t do things we used to be able to do, and we really resent them for that."

Bayer, the parent company of Monsanto, said it would appeal the verdict. The company also said Roundup's active ingredient, glyphosate, is safe, citing a recent EPA study of the chemical.

But that contradicts a 2015 report by the World Health Organization, which said glyphosate is a likely human carcinogen.

This is the third major damage award involving Roundup in the San Francisco Bay Area. In 2018, Dewayne Johnson, a former groundskeeper with terminal cancer, was awarded $289 million. That was later reduced to $78 million.

And in March of this year, a jury awarded $80 million to Edwin Hardeman, who blamed his non-Hodgkins lymphoma on the weed killer.