Monmouth Says Its Poll That Showed Biden Slipping Was An 'Outlier' 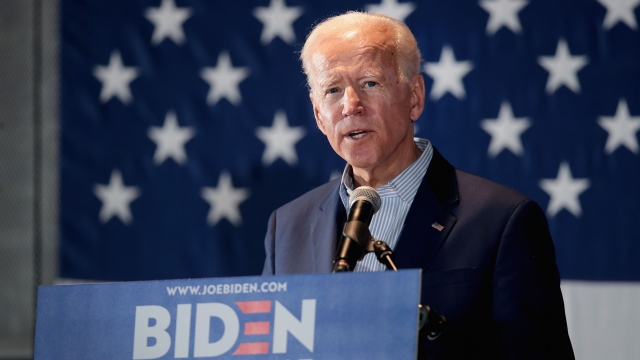 Survey Director Patrick Murray said this is rare, "but every pollster who has been in this business a while recognizes that outliers happen."

Monmouth is denouncing its own poll on the 2020 Democratic presidential primary. On Wednesday, the director of the survey said it is "clear" that it "is an outlier" among other national polls released this week.

Director Patrick Murray said "this is a product of the uncertainty that is inherent in the polling process."

The poll, released Monday, showed Joe Biden plunging in the primary and said he has "suffered an across the board decline." It showed Biden going from 32% in June down to just 19%.

But other national polls said the opposite. They showed Biden still ahead of Sens. Bernie Sanders and Elizabeth Warren, usually by double digits. That's pretty consistently been the case throughout the primaries.

After seeing Monmouth's latest results, Biden's campaign said "this poll is an outlier that is contradicted by every measure of the national average."

When Monmouth compared its poll in relation to others, it wasn't so confident with its published results. It recognized the poll as an outlier, but it said at the end of the day, it has to publish the numbers it has.

Murray said Monday's poll used the same methodology as all of Monmouth's polls. He said this doesn't happen often, "but every pollster who has been in this business a while recognizes that outliers happen." Monmouth has released five other national polls in 2019, and those have all been consistent with other public opinion surveys on the 2020 Democratic primary.