Monkeypox Cases Are Rising Rapidly Across The U.S. 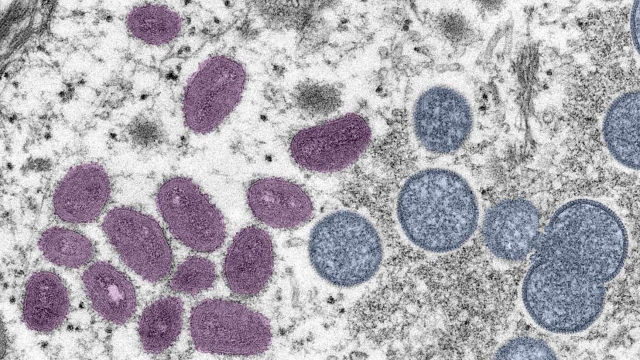 The World Health Organization has declared a global health emergency.

U.S. officials haven't followed suit yet. But they say, on a scale of 1-10, "We're always concerned with something that's coming that we have had to deal with before, so 10."

"We want to get ahead of it. You don't want it to become a part of life. But how many people have died compared, to say, COVID? Zero." said Xavier Becerra, health and human services secretary.

U.S. cases have jumped to more than 2,800 confirmed cases, according to the CDC.

The CDC has identified two cases in children. Experts worry that will be higher come fall.

Dr. Eric Feigl-Ding is an epidemiologist and co-founder of the World Health Network.

"We do not want children to be the canary in the coal mine and suddenly say, 'oops, we acted too late,'" Feigl-Ding said.

In California monkeypox is consistently showing up in Bay Area wastewater. A sign the infectious virus is spreading at the community level.

The Department of Health and Human Services says labs are running about 80,000 tests a week. They've sent out vaccines to more than 150,000 people.

California and Oregon are among the states requesting more monkeypox vaccine doses.

1.5 million people are eligible for the vaccine.

The CDC says monkeypox spreads person-to-person from contact with the sores or scabs, through respiratory droplets or oral fluids through close intimate contact.

You can also get monkeypox from touching recently contaminated clothing or bedding used by an infected person.