The 6,000-Year-Old Tradition Of Hunting With Eagles Is Dying Out 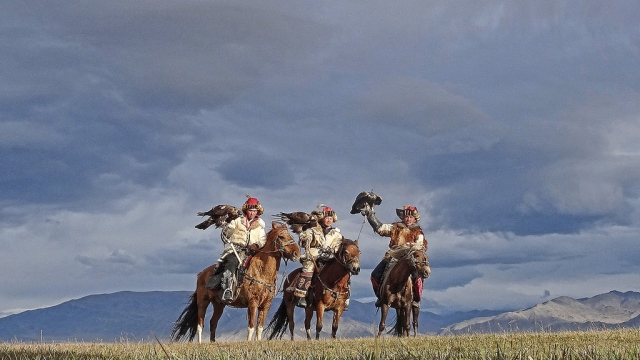 SMS
The 6,000-Year-Old Tradition Of Hunting With Eagles Is Dying Out
By Melissa Prax
By Melissa Prax
October 3, 2016
In Mongolia, the Kazakh ethnic group hunts with eagles to supply food and for competition.
SHOW TRANSCRIPT

The swiftness, speed and tact of hunting with eagles is pretty amazing to watch. But the more than 6,000-year-old tradition in Mongolia is slowly disappearing.

Eagle hunting is used by the Kazakh ethnic group. It helps supply food in winter, is used as a coming of age ritual for boys and a sport in an annual festival.

The Golden Eagle Festival has recently drawn in tourists to watch a series of competitions unfold. Tourism in the area has caused tightened wildlife preservation, but that's only part of the reason eagle hunting isn't as widely used.

There's a lot less wildlife in Mongolia. Now, some family members get jobs outside the villages where livestock farming is a main way to bring in income.

Only about 250 eagle hunters are left in the region. The partnership between eagle and hunter is a tight bond, but hunters do let the eagles go after 10 years.