Mom On TikTok Teaches Others To Save Using Digital Coupons 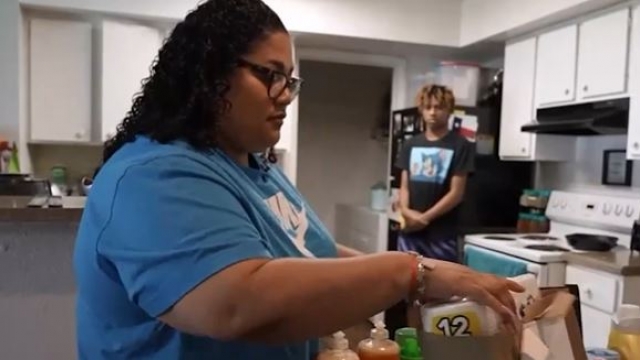 Prepared with a list, her phone, and her husband …

"I'm more or less the spotter and the runner," said her husband, Terrence Flanigan.

Flanigan tracks down the deals on everyday household items.

"I do everything digital because I'm a working mom," said Yasmin.

The digital age means moving away from clipping coupons.

"Honestly, 15 minutes. I can do this during my break at work," said Yasmin.

To clicking coupons into your digital cart directly from the store app, this Houston mother of two, wife and teacher's aide, started couponing ten years ago.

"My husband lost his job because he had issues with diabetes, and he was bedridden. So, my income became one income instead of two, and I had to figure out how to stretch my dollars, maximize my dollars for a family of four," said Yasmin.

And everyone is looking to stretch their dollar as inflation ticks up price tags.

"I always say I'm robbing peter to pay Paul because we have to compensate from one thing in order to obtain something somewhere else," said Kadetra Green, a Walmart shopper.

"Things are going up a dollar even, two dollars per item but it's just something you have to deal with," said Dianne Kuroda while shopping at Walmart.

Flanigan says the mindset of having to deal with high prices is a common misconception. She's working to break online, the Tiktoker known as @Itzyogurlyaz, is spreading her savings secrets to nearly 50,000 followers.

"Save your coins!" a catchphrase she hopes will catch wave to help people keep money in their pockets.

She's documenting, in English and Spanish, her trips to Family Dollar, Dollar General and Walgreens, to show her followers how to save.

Newsy's Adi Guajardo: What was it about TikTok that you were like 'Well, let me start doing this'?

Yasmin: It was. It was one minute, and I was I was like, I can do one minute. I do it because I care. It's all free information.

She says patience is key and strongly recommends starting off small with digital coupons.

The savings are a family affair.

"Every time she comes in with bags. I'm amazed. It's just crazy," her son says.

Yasmin's daughter is the stockpile gatekeeper. She makes sure products are rotated properly.

"We use the oldest first," said her daughter.

The rows and rows of household essentials.

"I never pay for any toothpaste," said Yasmin.

Yasmin says her savings benefit more than one family.

"From my stockpile, I helped my mom, my sister, my best friend," said Yasmin.

"She played the money game. She's saving the money," her son says.

A game of life that's helping mold their future.

"The big goal is the house. You know, we're trying to move to our first home, so the savings got to come from everywhere. We all have to do our part," said Terrence.

A small price helping them reach their goal, and her followers discover savings. 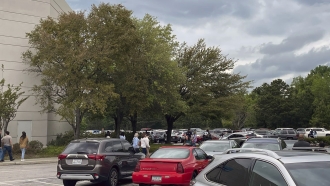 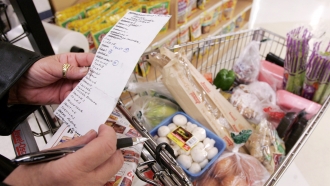 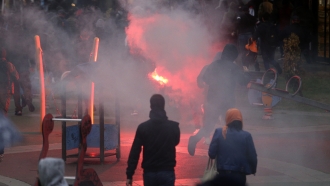 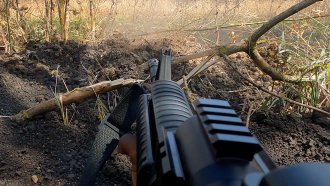 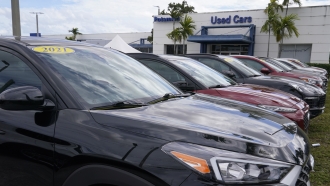