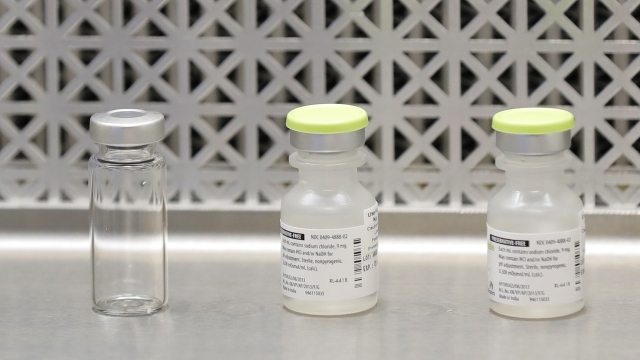 Moderna plans to ask the FDA for emergency vaccine approval in early December and says it could make as many as 1 billion doses next year.

This vaccine candidate uses a new gene technology called messenger RNA. When injected, the RNA enters healthy cells where it makes coronavirus spike proteins and that prompts an immune response. Patients get two shots - an initial vaccine and a booster a few weeks later.

These early findings show that of the 30 thousand clinical trial vaccine volunteers, only 95 people have gotten COVID symptoms so far and 90 of them had the placebo.

"Given the rate at which we're acquiring cases, we do expect that we'll have probably 150 or 151 cases at the final analysis," said Dr. Stephen Hoge, the president of Moderna.

We’re getting these results quickly because there are more COVID cases as the coronavirus rapidly spreads in the US. It’s good for scientific research, troubling for those at risk of getting severely ill. In about a week, there have been a million new cases. ICU beds and staff to care for sick patients are running thin.

The country’s leading infectious disease expert, Dr. Anthony Fauci, recommends people not abandon all public health measures, even after a vaccine is available.

"Even though for the general population, it might be 90 to ninety five percent effective, you don't necessarily know for you how effective it is," Fauci, director of the National Institute of Allergy and Infectious Diseases, said.

Researchers and regulators must wait for more complete safety data from the study. That’s expected later in November. Moderna then plans to ask the FDA for emergency vaccine approval in early December. Manufacturing, the drugmaker’s president says, will be a 24/7 operation.

There is one big hurdle-getting people to take an approved Covid vaccine. Surveys show about half of Americans aren’t sure they want to, yet. Fauci says vaccinations should begin in December, with widespread vaccination around the second quarter of 2021.