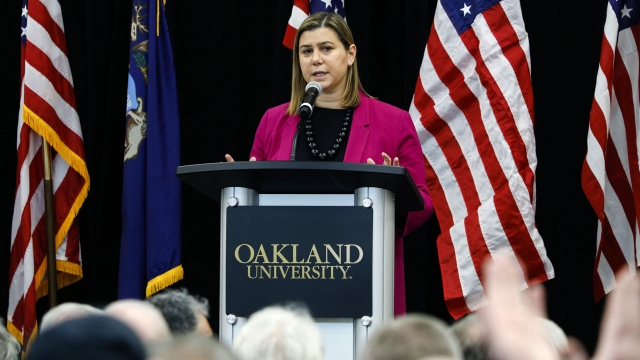 SMS
'Vote Your Conscience': Democrats Brace For Historic Decision
By Kellan Howell
By Kellan Howell
December 17, 2019
House leaders are telling moderate Democrats to vote their conscience as they brace for an impeachment vote that could cost them their jobs in 2020.
SHOW TRANSCRIPT

Members of Congress are bracing for an historic vote on articles of impeachment. While the House is expected to impeach President Donald Trump for abuse of power and obstruction of Congress, the vote could prove dangerous for moderate freshman democrats.

Slotkin, who flipped her Michigan district from red to blue in 2018, telling Newsy's affiliate in Detroit that she knows many of her constituents likely won't agree with her decision to support both articles.

"My guess is a slight majority are against impeachment. That is my assessment. I don't have a scientific analysis of that. But that's my feeling. I knew that it was going to be controversial when we came out in support of an inquiry, and I certainly knew that it would be controversial... But like I said, there are just some things that are Congress' responsibility; impeachment, declaring war, that have to be beyond politics," she said.

Dozens of freshman Democrats who flipped their House seats from red to blue are facing the same decision as Slotkin.

Rep. Dan Kildee is the Democrat's deputy whip. It's his job to gin up party support ahead of big votes. But he says his message to members is different this time.

"In a case like this I just say, 'Look, ask yourself a simple question, in 15 or 20 years from now if you have kids or grandchildren, how are you going to answer the question when they ask, what did you do? How did you vote? How did you justify what you did?' If you can answer that question, and you're comfortable with the answer, you're probably doing the right thing," Kildee said.

Most moderate freshman Democrats say they will support the articles, but at least a few defections are likely.

Slotkin says she and her colleagues are doing what they think is right, no matter the political consequences.

"Many of us would have rather avoided impeachment. Right? We knew that it would be an issue of real debate at a very polarized time in our country. I think that there is obviously political risk in it. But again, there just has to be a moment, especially when you are elected to higher office where you take responsibility for a higher cause, and that's what I feel like we're doing," Slotkin said.