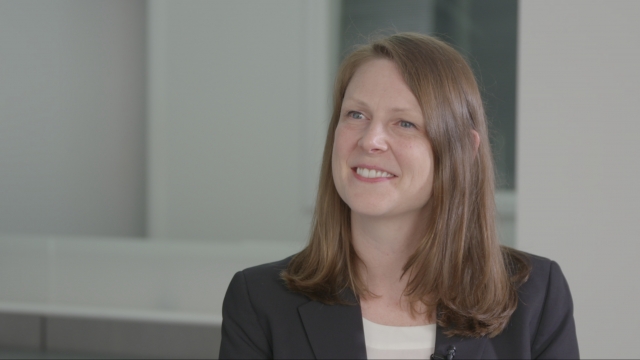 SMS
Iowa Caucuses App Debacle? Accuracy Over Speed, Says Election Expert
By Sasha Ingber
By Sasha Ingber
February 4, 2020
Election expert Liz Howard asks, "Where can we rely on and get the benefits of technology while still retaining voter confidence in the process?"
SHOW TRANSCRIPT

"Macy’s is not going to roll out brand new cash registers on Black Friday. And there are lots of common sense reasons why election officials don't want to do that," says Liz Howard, an election security expert and lawyer at the Brennan Center for Justice.

The Iowa caucuses were riddled with problems, after the state Democratic Party used a new smartphone app to report results.

The party chalked the delay up to coding problems, but even a backup phone system faltered with long wait times. Precinct volunteers and officials told reporters they weren’t trained on how to use the app.

Shadow Inc, the company that developed the app, says it regrets the delay and will “apply the lessons learned in the future, and have already corrected the underlying technology issue.”

Nevada’s Democratic Party says that it won’t be using Shadow Inc or any mobile reporting app for its caucuses -- even after it paid the company $58,000 according to FEC filings last year.

The Democratic Party in Iowa, are they trying to make too many leaps right now?

"They're perpetually trying to balance, you know, where can we rely on and get the benefits of technology while still retaining voter confidence in the process, in the outcome?" Howard says.

Mikey Dickerson, co-founder and chief technology officer at a data and tech nonprofit called Alloy, told Newsy how the Iowa Democratic Party can defuse the chaos. He helped fix former President Barack Obama’s Healthcare.gov after its rocky launch. He says:

“There are always multiple factors at play when something complicated fails, and nearly all of them are fixable with the right focus on the root causes.”

Howard says there will inevitably be technical failures come November, and that election officials need to be trained on how to respond to unforeseen events.

"A large amount of the voting equipment fleet that is going to be out on Election Day in November 2020 is old. Also, it seems possible that at some juncture the power might go out at a polling location somewhere in the country," Howard says.

But she says voters’ confidence shouldn’t waiver -- that accuracy of the outcome is more important than speed.

"It's much more important that election officials report accurate results rather than trying to report results super fast in order to satisfy what the press might want immediately on election night."