As Per Usual, Disney And 'Harry Potter' Movies Top The Box Office 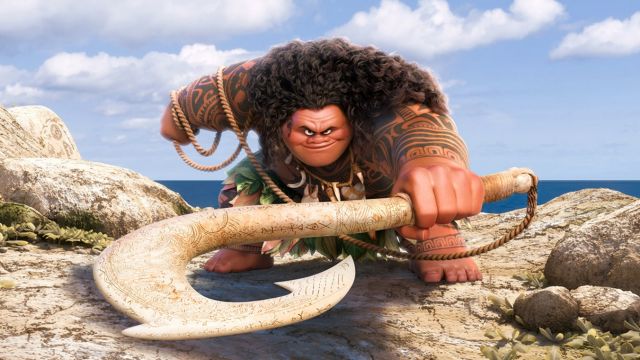 Taking the No. 1 spot again this week is Walt Disney's "Moana," bringing in an estimated $28 million — pushing the total box sales past $177 million.

Inexplicably, moviegoers opted for Dwayne "The Rock'' Johnson's singing two weeks in a row at the box office.

Taking the No. 1 spot again this week is Walt Disney's "Moana," bringing in an estimated $28 million domestically. Predictably, the animated flick slowed down this week after its record-breaking Thanksgiving weekend. "Moana" has a domestic gross of $119 million, which is a solid total for just 10 days.

That's already more money than "Bolt" and "The Princess and the Frog" managed in their box office runs.

Holding on to the No. 2 spot this week is "Fantastic Beasts and Where to Find Them," bringing in an estimated $18 million domestically in its third week out. While Newt Scamander and company haven't had the most impressive domestic run, overseas box office sales have been spectacular.

Out of the $600 million "Fantastic Beasts" has managed worldwide since its opening, $420 million has come from foreign box office ticket sales.

Lastly, easing its way back into the top three this week is "Arrival," bringing in an estimated $7.3 million. The awesome reviews for this sci-fi drama have played a huge role in keeping it relevant at the box office.

As for next week, things get weird in "Office Christmas Party."