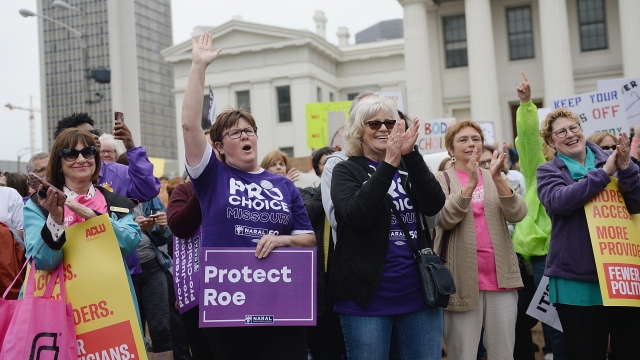 A judge issued a temporary restraining order that prohibits the state of Missouri from letting the clinic's abortion license expire.

A judge ruled in favor of a Planned Parenthood clinic in St. Louis, Missouri on Friday. The clinic, which is the state's only abortion provider, was in jeopardy of losing its license for abortions.

Planned Parenthood officials filed a lawsuit on Tuesday to allow the clinic to keep providing abortions. If the judge would have ruled differently, Missouri would have been the only state in the U.S. without an abortion provider.

To be clear, the clinic would have remained open, it just wouldn't have been able to provide abortion services anymore.

Earlier this week, Missouri Gov. Mike Parson said Planned Parenthood needed to comply before its license could be renewed. He said the Department of Health and Senior Services issued a statement of deficiencies to Planned Parenthood after it conducted an inspection at the clinic. He also said the clinic had been reluctant to cooperate with health department officials, including not requiring doctors to be interviewed as part of an investigation.

The judges' ruling allows the clinic's current license to stay until the judge makes a final ruling. The next court hearing is on June 4.