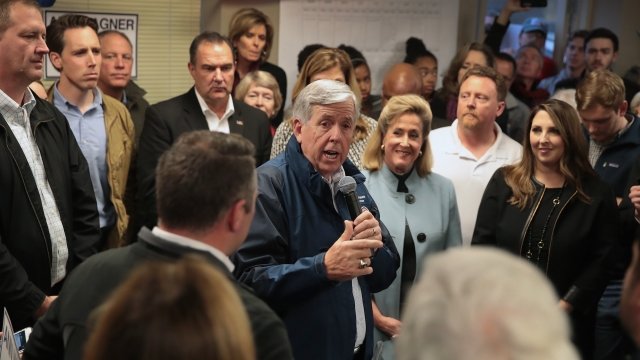 By Caitlin Baldwin
December 24, 2018
The state constitutional amendment was approved in the November with 62 percent of the vote.
SHOW TRANSCRIPT

Missouri's new governor could roll back what some have called the most radical redistricting legislation ever enacted.

The amendment was approved by 62 percent of voters in November. It covers a range of changes, including the redrawing of the state's legislative maps.

Parson told the AP he's concerned the redistricting process will still allow politics to creep into the new maps.

It's unclear if Parson will make a move to repeal the measure. If he does, the amendment's replacement would have to be submitted to voters.

Parson took over as Missouri's governor in June after former Gov. Eric Greitens resigned amid allegations he blackmailed a woman and broke campaign finance laws.