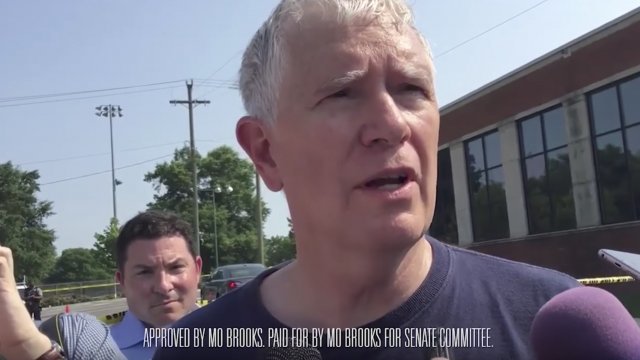 By Gabrielle Ware
July 24, 2017
Rep. Mo Brooks is under fire after using audio from the shooting of Rep. Steve Scalise in a campaign commercial.
SHOW TRANSCRIPT

U.S. Rep. Mo Brooks is running for Senate, and he's using audio from the shooting of House Majority Whip Steve Scalise in a campaign commercial. Unsurprisingly, not everyone is pleased about it.

Scalise was shot in the hip during a congressional softball practice in June. He remains in the hospital after being readmitted this month. 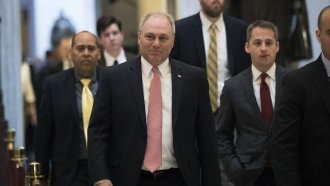 House Majority Whip Is Back In Intensive Care

The ad contains a response to a question asked to Brooks by what he calls the "liberal media."

A reporter asks him: "Does this change your views on the gun situation in America?"

Brooks replies: "The Second Amendment right to bear arms is to ensure we always have a republic."

The ad prompted Scalise's chief of staff Brett Horton to tweet: "The day of the shooting, while waiting at the hospital, I avoided the news/audio/video as much as possible. This makes my stomach turn."

And a Scalise spokesman told NBC News: "I guess some people have their own ideas about what’s appropriate."

The commercial is similar to some National Rifle Association commercials released this year in that it depicts the media as adversarial, and the left as violent.

The Washington Post notes a growing number of Republican campaigns are painting the opposition as unpredictable and dangerous. Most recently, an ad from the Congressional Leadership Fund super PAC claims Democrats "destroy buildings, burn cars and divide America" over footage of people smashing windows.

Brooks' commercial comes just before he faces off against incumbent Sen. Luther Strange in the Aug. 15 primary.