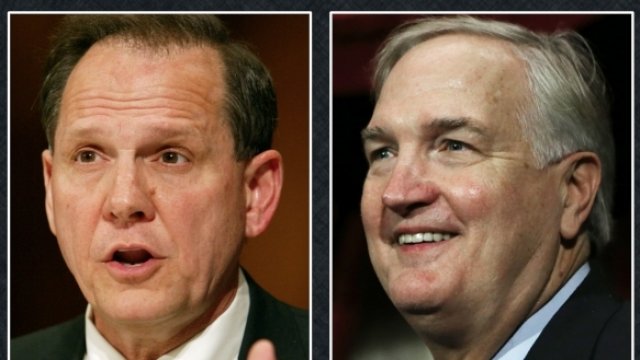 An endorsement from a former rival could give an anti-establishment Republican a boost in Alabama's upcoming Senate runoff.

Last month, Rep. Mo Brooks finished third in the primary against Sen. Luther Strange and former Alabama Supreme Court Chief Justice Roy Moore. Now Brooks, a member of the ultra-conservative House Freedom Caucus, has thrown his support behind Moore, a controversial figure who has a solid evangelical base.

Strange, tapped to fill Jeff Sessions' Senate seat in February, has backing from both President Donald Trump and Senate Majority Leader Mitch McConnell, as well as a pro-McConnell super PAC.

Before the primary, Brooks and Moore competed to be the anti-establishment alternative to Strange. Both came out against McConnell and the influence of that super PAC. 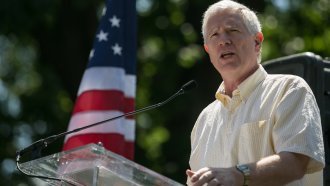 Brooks announced Saturday he'll campaign for Moore, as will former Alaska Gov. Sarah Palin. If Moore makes it to the Senate, he'll push for a wall on the U.S.-Mexico border, a "flat tax" to replace income taxes and the impeachment of judges "who knowingly and intentionally" go against the Constitution.

The runoff will be Sept. 26. Whoever wins will go on to challenge Democratic candidate Doug Jones, a former federal prosecutor, in the special election Dec. 12.