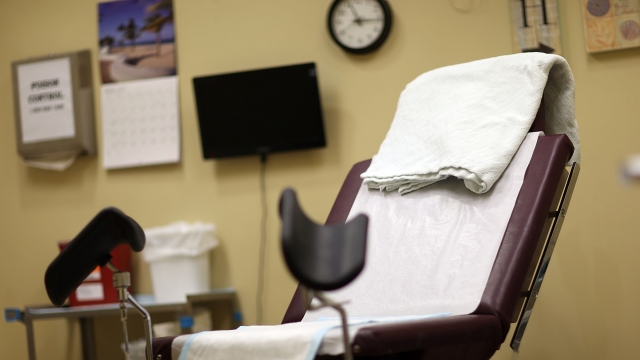 Missouri is poised to join a handful of other states that have recently passed controversial abortion bills. The Missouri House and Senate passed legislation that would ban abortion at eight weeks of pregnancy. The governor is expected to sign it.

The Missouri Stands with the Unborn Act would make it a felony for a doctor to perform an abortion after the eight-week cutoff. Here are a few more points in the bill: It would allow abortion after eight weeks in instances when a woman's health is at risk. It would not make exceptions for instances of rape, incest or human trafficking. It would require a parent to be notified if a minor is seeking an abortion. It would expand tax credits for donations to "pregnancy centers," which often provide testing and counseling but do not refer women for abortions.

Newsy talked to an OB-GYN and abortion provider in the state to get a better understanding of what this means for women seeking abortions. Dr. Colleen McNicholas of the Planned Parenthood clinic in St. Louis said if the bill goes into effect, those women may either go to another state — likely to Kansas or Illinois — or perform a "self-managed" abortion. To perform an abortion themselves, they would have to get hold of a certain medication. Trying to induce an abortion without that medication, she says, could lead to serious complications.

"If they self-manage their abortion without using those medications and choose other ways of self-management, which are the things that I think most people think about when they think about sort of the pre-Roe [v. Wade] time, those are definitely more dangerous for women. ... They certainly put women at risk for infection and bleeding, ultimately potential serialization and inability to have children, or even death."

McNicholas also said she's received multiple phone calls from her colleagues across Missouri who are trying to understand how the bill will affect their practices. One question she says they've asked: How would a doctor know their patient has a health complication severe enough to go forward with an abortion?

"That puts physicians in a terrible position, where they know they're not treating the patient the way that they should be treating the patient, really, because they're just scared of what sort of the political machine behind this legislation will view it as, and potentially really limit their ability to practice medicine or even face criminal prosecution."

An advocacy group called Planned Parenthood Advocates in Missouri issued a statement condemning the proposed abortion ban. The group's director said, "At a time when maternal mortality is increasing in our state, we must be doing everything we can to increase access to health care — not cut it."

Right now, the St. Louis Planned Parenthood clinic is the only abortion provider in Missouri. McNicholas said that has its own challenges. The state requires women to meet with the physician performing their abortion in person. Then they have to wait 72 hours and come back to the same physician for the procedure.

"And the logistics of that is quite difficult for patients," McNicholas said. "It requires taking time off of work, navigating the travel, finding somebody to watch your kids. Right, so it's not something most people can manage in a 72-hour window."

It's important to note that the bill won't kick in immediately even if the governor signs it. Abortion will remain legal in Missouri under the current provisions, at least for a while. The law will mostly likely be challenged, and it may never actually take effect.

At a press conference Wednesday, the bill's sponsor, Rep. Nick Schroer, said he believes the act will "withstand judicial scrutiny." He also said that if a court were to overturn the eight-week ban, it would be revised to 14 weeks; if that were overturned, it would be amended to 18 weeks, then 20 weeks.

Gov. Mike Parson showed his support for the bill Wednesday and said that "thanks to decades of conservative, pro-life leadership, Missouri recently hit an all-time low for the number of abortions." He said the state has gone from a high of more than 20,000 to below 3,000.