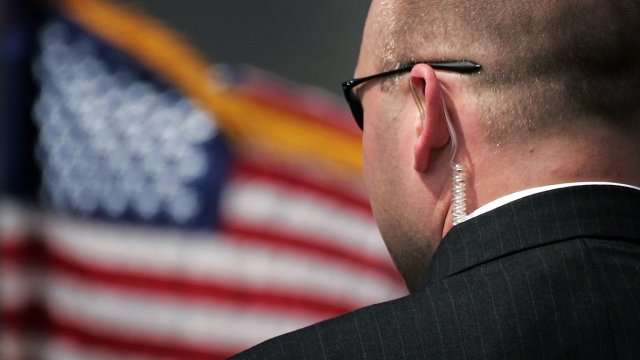 By Briana Koeneman
June 27, 2019
Officials told The New York Times the Treasury Department, the White House and top Secret Service officials have been discussing the idea for months.
SHOW TRANSCRIPT

Administration officials told The New York Times the Treasury Department, the White House and top Secret Service officials have been discussing the idea for months now. Mnuchin has been lobbying President Donald Trump to back the move, and sources say the president is on board.

The Secret Service was part of the Treasury Department for more than 100 years until the Department of Homeland Security assumed control of the agency in 2003. The transfer was part of an effort to combine security agencies in the wake of the Sept. 11 terrorist attacks.

But now, the Times says the cybersecurity and anti-counterfeiting components of the Secret Service have piqued Mnuchin's interest — thus the push to get the agency back under his roof.

According to the Times, Secret Service officials are in favor of the potential switch because they feel DHS doesn't support their mission. But some DHS officials are reportedly worried about losing the Secret Service's cybersecurity and investigative work.

The Secret Service, the Treasury Department and DHS have yet to comment on the report.