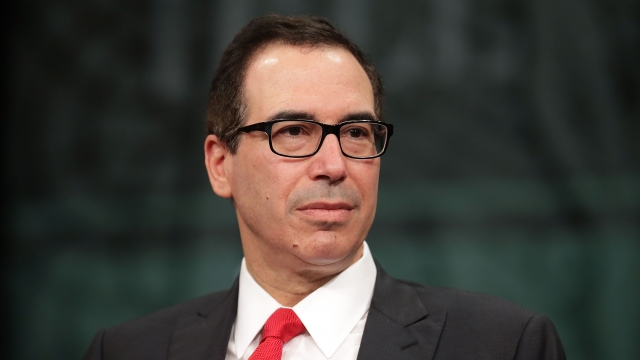 U.S. Treasury Secretary Steven Mnuchin has vowed to increase sanctions on Iran. He made the announcement at a joint press conference with Israeli Prime Minister Benjamin Netanyahu in Jerusalem on Monday.

Israel and Iran aren't on the best of terms. On Monday, Netanyahu called Iran "the single greatest threat to stability and peace in the Middle East" and wants the U.S. to impose additional sanctions on it.

"Iran's capacity, we see this very clearly, to launch its aggression, to develop its weapons of death, to purvey its menacing ways: That capacity is diminished to the extent that you can tighten your sanctions and make the availability of cash more difficult for them."

"We are not doing this to hurt the people of Iran," Mnuchin said. "We are doing this so Iran stops their bad activities."

Jerusalem was Mnuchin's first stop as he leads a U.S. delegation through the Middle East and India. Their trip is focused on combating terrorism and "strengthen[ing] bilateral economic relations." President Donald Trump's senior adviser and son-in-law Jared Kushner is also on the trip.