Mnuchin To Attend Saudi Conference As Media, Sponsors Drop Out 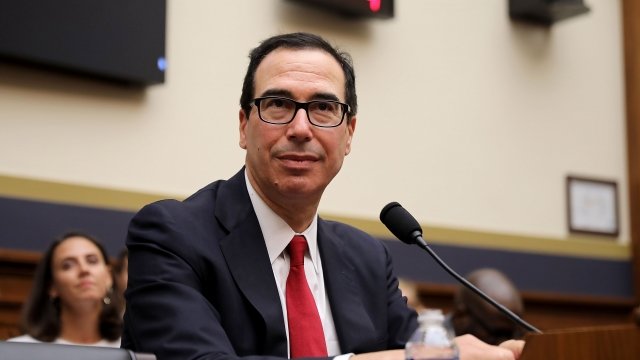 By Sebastián Martínez Valdivia
October 12, 2018
Mnuchin said the Saudis have been good partners for the U.S. and said his main goal is working on a program with them to target terrorism financing.
SHOW TRANSCRIPT

Mnuchin told CNBC he might reconsider if more information comes out about the disappearance of Jamal Khashoggi, but said Saudi Arabia has been a good partner for the U.S. on counter-terrorism.

Turkish officials have accused the Saudi government of killing Khashoggi, a prominent Saudi journalist and dissident.

The New York Times, CNN and CNBC are among the groups pulling sponsorship of the Future Investment Initiative conference over Khashoggi's disappearance.