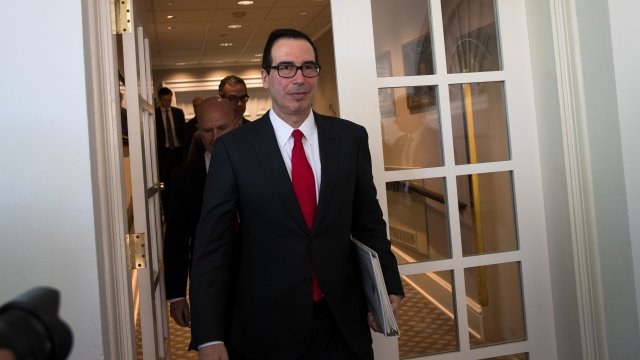 His statement comes after the Trump administration missed a Monday deadline to impose sanctions against companies and individuals doing significant business with Russian defense and intelligence sectors.

While testifying in front of the Senate Banking Committee Tuesday, Mnuchin touched on a Treasury list of wealthy Russians and high-ranking Russian politicians released hours earlier.

While the Treasury previously emphasized the report "is not a sanctions list," Mnuchin clarified that doesn't mean the people listed in it won't be sanctioned in the future. He told lawmakers, "There will be sanctions that come out of this report."