Mnuchin Says US, China Have Agreed On Trade Deal Enforcement 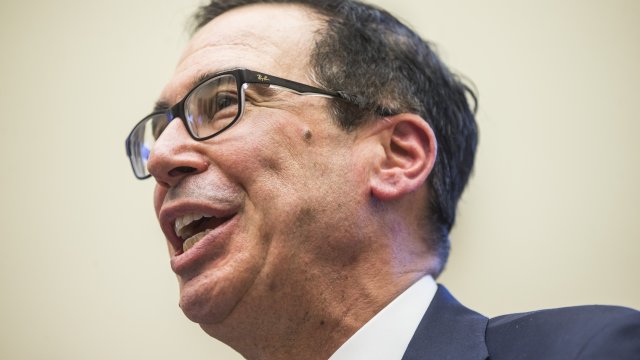 ​The Treasury Secretary said both sides have "pretty much agreed on an enforcement mechanism," which includes "enforcement offices" on both sides.

Treasury Secretary Steven Mnuchin said the U.S. and China have been making headway on an eventual trade deal.

In an interview with CNBC on Wednesday, Mnuchin said both countries have been "working very hard on [a trade agreement]," and have "pretty much agreed on an enforcement mechanism," which includes "both sides [establishing] enforcement offices." He didn't divulge if tariffs would be part of the enforcement, or give a hard prediction of when the agreement will be finalized. He did say that if both countries can agree on a deal, it "will be the most significant changes to the economic relationship between the U.S. and China in really the last 40 years."

President Donald Trump also said Washington and Beijing were "getting very close to making a deal" last week, adding an announcement could be made in upcoming weeks.

The trade war between the U.S. and China has gone on since last year, with both countries placing tariffs on hundreds of billions of dollars of each other's goods since the dispute started. Both sides suspended raising tariffs on each other in recent months, with negotiations underway.