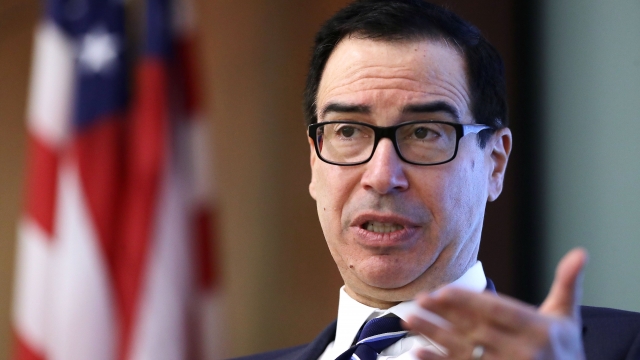 The Treasury Department says it will not release President Donald Trump’s tax returns, despite repeated requests from Congress.

On Monday, Treasury Secretary Steven Mnuchin sent a letter to House Ways and Means Committee Chairman Richard Neal stating that "the Department may not lawfully fulfill the Committee's request."

Mnuchin said that after consulting with the Justice Department on the "lawfulness" of the committee's request, he determined that it "lacks a legitimate legislative purpose," and he therefore denied it. He added that the committee's "unprecedented" request "presents serious constitutional questions, the resolution of which may have lasting consequences for all taxpayers."

Neal said in a statement that he "will consult with counsel and determine the appropriate response."

President Trump has repeatedly refused to release his tax returns voluntarily, both before and after taking office. The committee originally asked for his personal tax returns from the last six years, as well as tax returns from eight of his businesses, by April 10. After Mnuchin denied that request, a new deadline was set for April 23. That deadline also came and went.

More than a dozen states are considering legislation that would require presidential candidates to release their tax returns in order to be listed on the state's ballots.