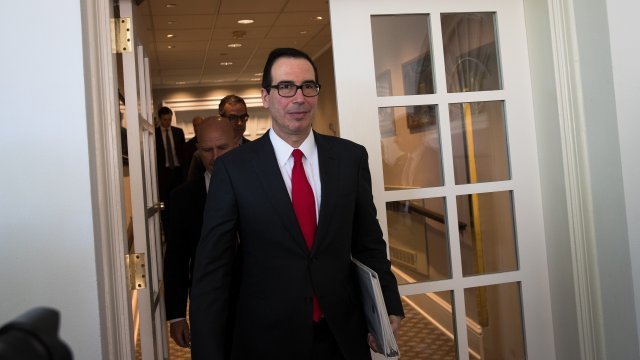 The number of leaders planning to attend a Saudi economic summit keeps dwindling.

The summit, nicknamed Davos in the Desert, held its inaugural meeting in 2017. It's part of Saudi Arabia's "Vision 2030" campaign that Crown Prince Mohammed bin Salman has been spearheading. And that connection is why multiple people are pulling out now.

Saudi Arabia is at the center of the controversy surrounding missing journalist Jamal Khashoggi. The country's officials deny knowing anything about his disappearance, but Turkey's government says Saudi officials murdered Khashoggi.

Dozens of high profile people have also pulled out of the summit, including Uber CEO Dara Khosrowshahi, Virgin's Richard Branson, and the Word Bank president.

According to The New York Times, every major Western media outlet is boycotting the summit.

The conference is scheduled to take place Oct. 23 - 25, and Saudi Arabia says it's still a go.