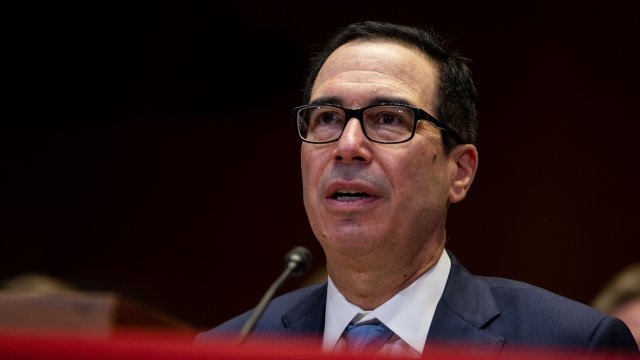 Mnuchin made the comment speaking at a G20 meeting of finance ministers.

The White House has set its sights on China again after the president called off planned tariffs on Mexican imports.

On Saturday, Treasury Secretary Steven Mnuchin urged China to return to negotiating a trade deal with the U.S. while also blaming the failure of past talks entirely on China.

Earlier in the week, President Trump threatened at least $300 billion more in tariffs against China.

Mnuchin will meet with the head of China's central bank during this weekend's G20 meeting of finance ministers, where the trade matter likely came up.

Later in June, President Trump will meet with Chinese president Xi Jingping during the G20 summit in Osaka. Mnuchin said if any progress is made, it's likely to be at the Xi-Trump meeting.